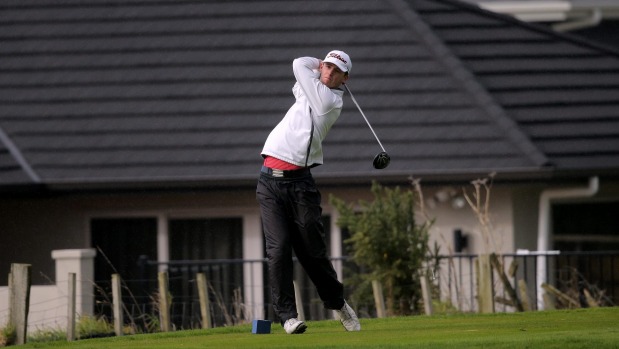 Twenty-year-old Sam Jones from Manaia in south Taranaki wasn’t the favourite going into the competition and only just made the cut for the second round, but he hit the longest golf drives when it counted.

Jones, who is studying at the University of West Georgia in the United States under a golfing scholarship, won the North Island long drive championships at Papamoa in Bay of Plenty at the weekend and now has a fifty-fifty chance at representing New Zealand in front of the world.

The tall, left-handed Jones and all other competitors had to battle every type of weather, sometimes all at once as they hit in to a head wind which at times reached over 65kmph.

However Jones finished 10th equal after the first round of the 15 to progress from the initial group entries and was sixth out of the top nine players after another round, despite a heavy rain interruption.

He then surged through to take the lead for the top-four shootout with a drive of 254m ahead of George Wardell from Hamilton on 249m, Mike Schofield (Auckland) who had been an early leader on 247m and Auckland’s Gareth Campbell with 240m.

With a winner take all in the top-four shootout, it was Jones who managed the best hit with 265m, which was actually his first ball.

Schofield finished second overall on 263m, then Campbell with 250m followed by Wardell in fourth on 246m.

Jones will now watch the South Island championship at Clearwater Golf Resort, next Saturday and then take on the winner in an eight-ball hit out with the champion taking their place at the world long championships, which start in Augustin Thackerville, Oklahoma.

There is US$270,000 in prizemoney and the event is featured live on NBC Golf Channel.

For Jones winning the North Island event was pleasing considering the conditions he and the other competitors had to battle.

“It was pretty tough, but the same for everyone, you can’t do anything about the weather,” he said. “I think it the top-four decider I actually hit my best on my first shot.

“I wasn’t too sure how close the other three were to me. This is pretty great for me to have a good chance at the making the world champs.

“I’m on a scholarship in the US and I just love my golf.”

A 32-player field will feature in the South Island long drive tournament, which has been open to all-comers, not just golf club members is expected to provide plenty of competition to Jones for the New Zealand title.